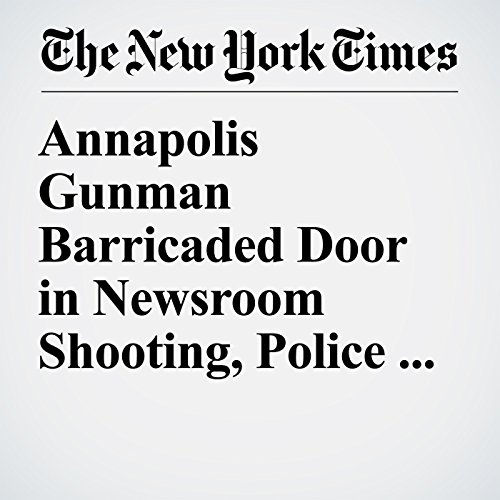 A Maryland man who had a grudge against an Annapolis newspaper was charged Friday with five counts of murder a day after police said he used a pump-action shotgun to shoot his way into the newsroom of the Capital Gazette.

"Annapolis Gunman Barricaded Door in Newsroom Shooting, Police Say" is from the June 29, 2018 U.S. section of The New York Times. It was written by Gary Gately and Sabrina Tavernise and narrated by Mike DelGaudio.