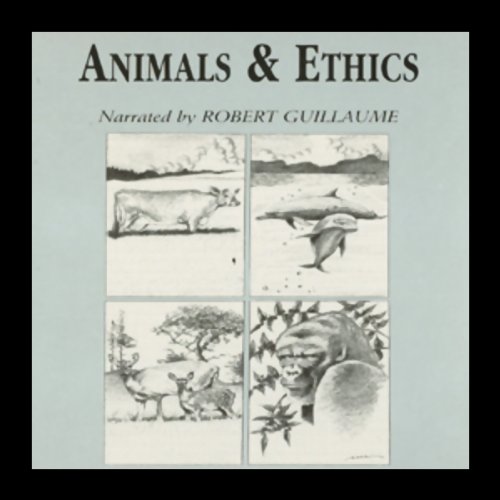 For much of history, philosophers and religious thinkers have believed there are absolute differences between humans and all other living things. Usually, only humans have been thought capable and deserving of moral standing (either as moral agents, who are capable of acting morally, or as moral patients, who are owed moral duties).

But this view is now forcefully challenged, with many disputes or debates about the tenets that underlie it. Animal advocates argue that many animals do have some of these traits, or that the traits they don't have are irrelevant for determining moral standing. Recent discoveries also indicate that humans have much in common with at least some animals. This has led to much rethinking, and to a powerful critique of our relationships with other living creatures. The Morality in Our Age series examines the historical and philosophical background of today's most pressing moral challenges. Though a final "answer" is notoriously elusive in moral discussion, you'll develop a much better insight into the forces and principles at play on today's most serious moral issues, problems, and dilemmas.

Clear, enjoyable narration. Thoughtful instruction through the development of this important area of ethics.

This poor narrator clearly did not understand the meaning of the words he was reading. It is very jarring to hear such important issues being read without comprehension, feeling or appropriate emphasis. Maybe he offered his services for free, for the sake of the animals; I hope there was a good reason why he was selected. The content is worthy of serious listening, if you can overcome the robotic aspect.

I really enjoyed listening to this audiobook. However be aware that it is very short, and only introduces these ideas rather quickly. However a big plus is the fact that the historical origins for most of these philosophical ideas are included. Almost all of the ideas are represented from both sides (where applicable). The best way to listen to this book is to go into it with a sense of dispassion, where you are able to silence your mind, and not judge or criticize any of the viewpoints laid out in this book. It doesn't help you understand the other person's viewpoint if one gets frustrated.