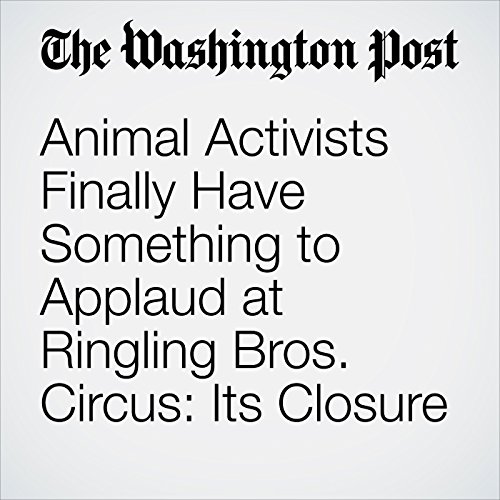 The show has been, after all, nearly synonymous with “the circus” in the United States since the 1800s, when showman Phineas Taylor Barnum partnered with ringmaster James A. Bailey to produce an exhibition of animals and human oddities. Meanwhile, five brothers from the Ringling family in Wisconsin had set up their own variety act.

"Animal Activists Finally Have Something to Applaud at Ringling Bros. Circus: Its Closure" is from the January 15, 2017 Animalia section of The Washington Post. It was written by Amy B Wang and narrated by Sam Scholl.