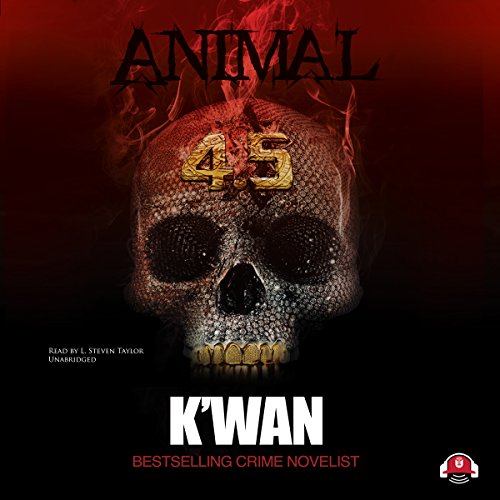 From the moment Animal's former lover Red Sonja showed up on his doorstep, he knew trouble wouldn't be far behind. It wasn't because the last time he'd seen her, he had been fleeing for his life from a strange island. Nor was it because of the little girl she had in tow, claiming Animal was the father. It was because women like Red Sonja carried trouble around with them like designer purses. He knew getting involved with Sonja again would come at a price, but he had no idea how steep the price would be until it was too late.

With his wife gone and his children abducted by a ruthless drug cartel, Animal must lead a suicide mission into the lair of one of the most dangerous assassins in the world, a woman who calls herself Tiger Lily. To go against Tiger Lily and the cartel, Animal would need an army, so the call to arms is put out and the streets readily answer. Leading a handful of loyal souls against seemingly insurmountable odds, Animal races against the clock to save his children and put a stop to Tiger Lily and the cartel's plans, while trying to stay one step ahead of the two detectives following the trail of bodies.

Things take an unexpected turn when Animal learns a dark truth hidden beneath what he had been led to believe that changes everything, including who can be trusted. When the Grand Design his father had always spoken of is finally revealed, Animal will be forced to make the hard choice between love, loyalty, and vengeance.

I was so excited to get this book. It is book 4. Why ? I am so upset with the authors they should have waited until they were able to write book 5. I wil il be forced to get a refund. I have the . I f you don't have book four then this book is for you but you don't need both. Since they are the same book.

The same book as ANIMAL 4

What disappointed you about Animal 4.5?

What was most disappointing about K’wan and Buck 50 Productions - producer ’s story?

What didn’t you like about L. Steven Taylor’s performance?

If you could play editor, what scene or scenes would you have cut from Animal 4.5?

I agree with everyone else. This book is a ripoff. I wish I could get my money back because I already have Book 4. Book 4.5 does NOT advance the storyline

We're paying for book 4 all over again the last chapter is the only thing different. Total waste of time and money!!

I was an idiot and didn't read the reviews. It is the same exact book from the prologue to the epilogue. Don't waste the money/credit. K'wan fix this ASAP!!!

This is book 4 with a terrible narrator

Don't waste your credit on this book. This book was verbatim repeat of book #4.

Basically the same book as Animal 4

Basically the same book as Animal 4. The story has hit a low point for and I completely lost interest by the end of the book.

I have always enjoyed reading K'wan books but this was the exact same reading in Animal 4 there was nothing different at all. I'm very disappointed

Disappointing, waste of credits or money. a repeat

of the 4th book. Need to reimburse my credit. Did not care for it
disappointed.