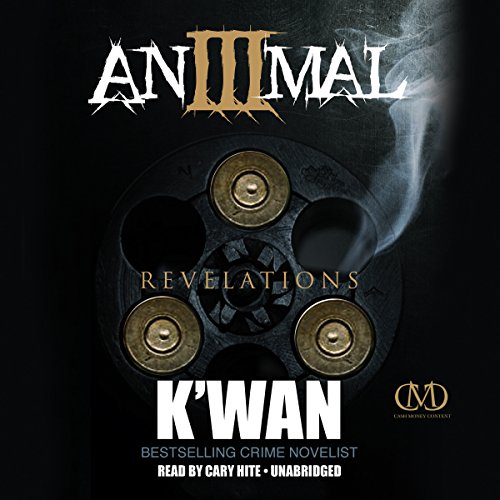 After making a promise to leave the street life behind, a shocking revelation forces Animal back into the game to face his greatest opponent yet.

When Animal's former lover, Red Sonja, shows up on his doorstep with a little girl, claiming Animal is the father, he and Gucci immediately fear it's a ploy for money. But Red Sonja has come to collect a debt of a different kind, one that can only be paid in blood. A powerful man is hunting Red Sonja and her daughter, and she calls on Animal to stop him… permanently.

Animal is forced to break the promise he made to his wife upon his release from prison and once again picks up his guns. To keep his daughter and her mother safe, Animal sets out on a mission of murder, but this isn't just any man Red Sonja has sent him after; it's one of the most powerful drug dealers in the country: her father.

Wasn't what I expected

This one wasn't as good as the first 2 animals it was short and pointless seems as tho he ran out of things to write so he keep telling stories from the past books in great detail. I didn't like that because the guy didn't do the voices the same forgetting that gladiator had an English accent that bothered me lol

Edge of your seat good!

Where does Animal 3: Revelations rank among all the audiobooks you’ve listened to so far?

It tops the charts!

All of the characters are great. I like the line that Red Sonya told Gucci " you have killed, but I am a killer" Red Sonya is a trip....

Classic! I couldn't wait to hear the rest of the book....

I can't just pick one character because they all bring different attributes to the story line!

I can't wait until the next book is released!!!! Great job.

If you could sum up Animal 3: Revelations in three words, what would they be?

Once again KWAN writes another masterpiece. Real life for the real ones.

Sonya is my girl. Carla is who i respect.

Definitely not as good as part 1 or 2

Think I was expecting too much. Too many flashbacks for my taste. It was almost like he didn't have anything else to write about so he just focused on writing about flashbacks. Overall it was a decent read but if you've read the 1st 2 parts you're probably not gonna be too thrilled with it.

The book did a lot recaps from previous books but it was a very good storyline. Looking forward to the next book

Colla & animal are officially going to be enemies after this one!! Wow! Soooo good!