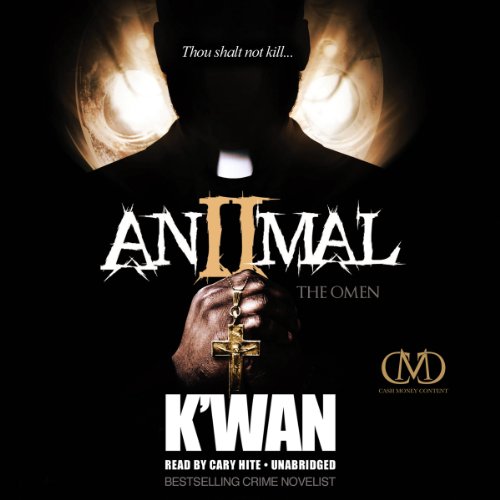 Secrets are revealed, sides are chosen, and bodies are dropped - it's on!

After being thought dead, Animal resurfaces on the streets of New York to keep true to his promise and make it rain blood over Harlem. All those who had wronged him would feel his wrath, including Shai Clark, boss of the New York underworld. But touching a man like Shai Clark proves easier said than done. Using Animal's soul mate, Gu­cci, as bait, Shai sets a trap for the young killer.

Once again Animal finds himself captured, but this time there will be no trial. He is sentenced to die at the hands of Shai's executioner, a man known only as Priest. The assassin is ordered to kill Animal, but instead of death he gives him the truth of his shadowed past and how their destinies are intertwined. The man ordered to take Animal from the world is also the man who brought him into it.

Animal finds himself torn between his hatred for the father who had abandoned him and the man who had taken everything from him. An uneasy truce is formed between father and son to take down a common enemy and finally grant Animal his freedom from the blood debt he's carried for so many years. But when the ghosts of Animal's past catch up with him, he learns that nothing is what it seems, and everything is subject to corruption - even his love for Gucci.

Would you listen to Animal 2: The Omen again? Why?

I loved every section of this book. This book held my attention from the beginning to the epilogue! The Animal series is definitely becoming my favorite.

What does Cary Hite bring to the story that you wouldn’t experience if you just read the book?

Cary Hite has the perfect tone for K'wans storytelling

If you could take any character from Animal 2: The Omen out to dinner, who would it be and why?

I would take Ashanti and King out to dinner to see if they would open up about their way of thinking. Both are so smart (although ruthless). It would be Animal but I feel as though I know why he thinks the way that he does and handles life the way that he does.

I really am in awe at Ashanti like I borderline love him lol him King, Zo, and animal are some great examples of diamonds in the rough. Love this series so far.

Annoying voice for some characters but great story

Would you consider the audio edition of Animal 2: The Omen to be better than the print version?

You can take Animal out the hood but not the hood out of Animal !!!!!

Zo Pound is my favorite character he is low key but will get hood when he needs too!!!!

Would you consider the audio edition of Animal 2: The Omen to be better than the print version?

Yes, listening to this story too me was like watching the a good movie. All I need was popcorn & a soda. It was full of action, drama, scandal….loved it!

If you have been sleeping on K'wan, Animal series like I was at first….wake up! This series has it all.

This one was better than the first. Good job sir. I will read part 3 now.

This sequel, that adds more depth, more character design, and more drama, to the already fantastic and elaborate story of, "Animal", written by: Kwan. In my review for book one, "Animal", I said I thought the movie, "Back in the Day" was loosely based of that book, but, upon completing Animal 2: The Omen, I THINK now, possibly, that the TV show "Empire" was based on it. There are even some of the characters with the same names! Anyway, this book/ books are amazing!! I love them, and you can better believe I'm I've already got the next one in my library for when I'm done with this review! I highly recommend this book series to anyone that likes the type of movie/ show lists above, these books are like watching one of them!

A little short, but solid overall! I definitely enjoyed listening! The performance was really good!!

Only through Ch. 10, but wait a minute

First of all, when did the Priest become black because he using the N word like he's from Harlem too. Then, when did Deena become a stalker? Like didn't her and Frankie stay in the same building? So her coincidentally seeing the girls who hurt Frankie running while she was coming from the store and then going back home to HER apartment and seeing Frankie who lives in the SAME building is stalking now? Oh ok... I'm gonna keep reading, but that just caught my attention

The book was really good I love that animal got to. Meet the person he only new about