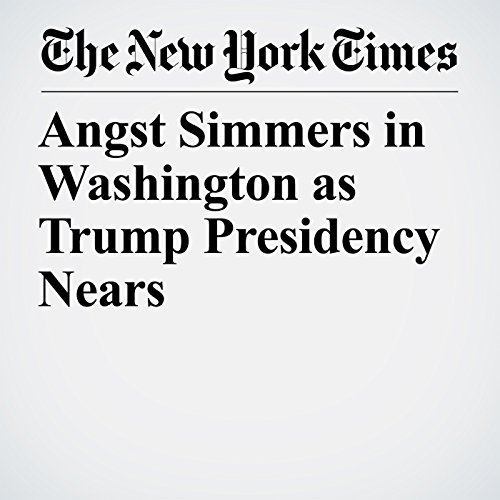 Washington has always been a chameleon of a city, accustomed to remaking itself when the White House changes hands. But as Trump’s inaugural draws near, in a nation so deeply divided that it seems the political middle has entirely disappeared, perhaps no place in the United States feels as unsteady and on edge as the capital, which Trump calls “the swamp.”

"Angst Simmers in Washington as Trump Presidency Nears" is from the January 17, 2017 U.S. section of The New York Times. It was written by Sheryl Gay Stolberg and narrated by Caroline Miller.