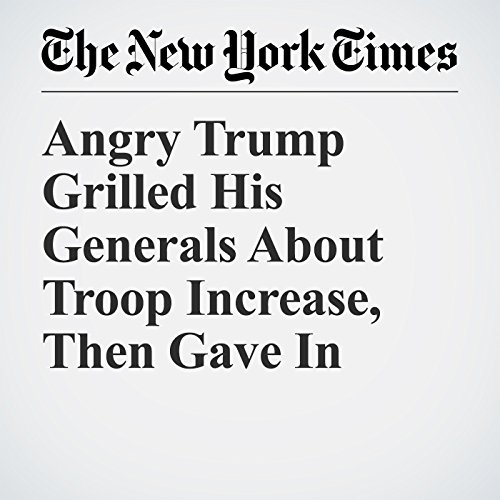 President Donald Trump’s skepticism about the United States’ involvement in Afghanistan was no secret to his staff. But his top national security officials were still taken aback at a meeting in the Situation Room on July 19, when an angry Trump began ripping apart their latest proposal to send thousands of latest proposal to send thousands of additional U.S. troops to the country.

"Angry Trump Grilled His Generals About Troop Increase, Then Gave In" is from the August 21, 2017 World section of The New York Times. It was written by Mark Landler and Maggie Haberman and narrated by Keith Sellon-Wright.