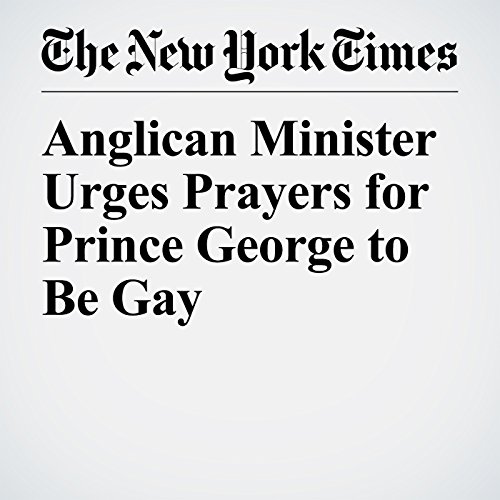 A prominent Anglican cleric and gay rights campaigner known for contentious gestures has urged believers to pray for Prince George — age 4, and third in line to the throne — to find the love “of a fine young gentleman” when he grows up so as to advance the cause of same-sex marriage in church.

"Anglican Minister Urges Prayers for Prince George to Be Gay" is from the December 01, 2017 World section of The New York Times. It was written by Alan Cowell and narrated by Barbara Benjamin-Creel.