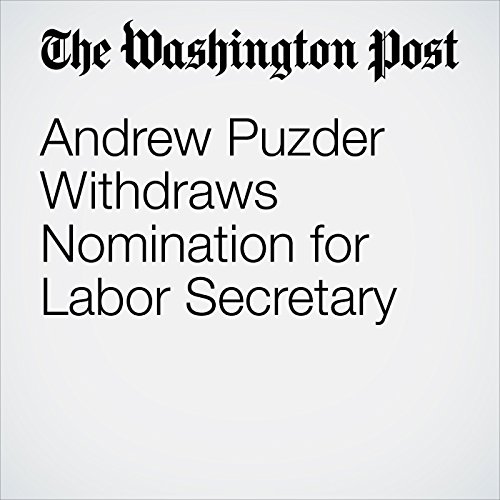 In the hours leading up to Puzder’s withdrawal, 12 Republican senators “at a minimum” were withholding support, according to one GOP senator, who asked for anonymity to avoid political retribution. Majority Leader Mitch McConnell (R-Ky.) had told the White House that Puzder lacked the votes needed to win confirmation, according to a senior Senate aide.

"Andrew Puzder Withdraws Nomination for Labor Secretary" is from the February 15, 2017 Politics section of The Washington Post. It was written by Ed O'Keefe and Jonnelle Marte and narrated by Sam Scholl.