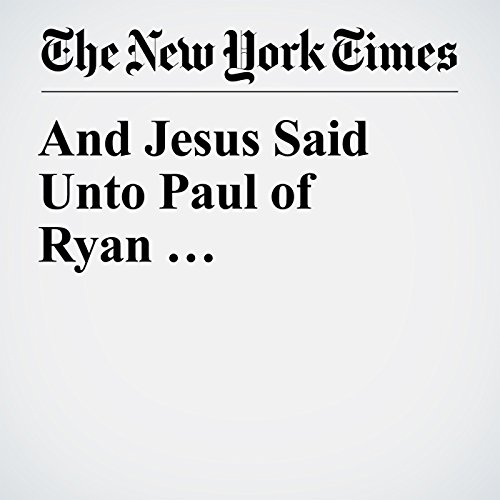 Then spoke Pious Paul of Ryan: “But teacher, is that wise? When you cure her, she learns dependency. Then the poor won’t take care of themselves, knowing that you’ll always bail them out! You must teach them personal responsibility!”

"And Jesus Said Unto Paul of Ryan …" is from the March 15, 2017 Opinion section of The New York Times. It was written by Nicholas Kristof and narrated by Barbara Benjamin-Creel.