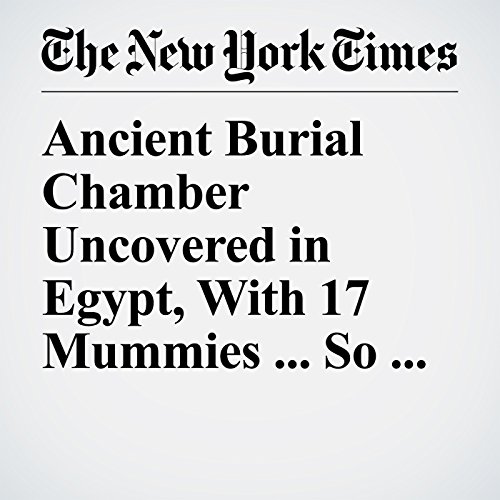 Archaeological workers in Egypt unearthed an ancient human burial site with at least 17 intact mummies near the Nile Valley city of Minya, according to news agency reports.

"Ancient Burial Chamber Uncovered in Egypt, With 17 Mummies ... So Far" is from the May 13, 2017 World section of The New York Times. It was written by Eli Rosenberg and narrated by Keith Sellon-Wright.