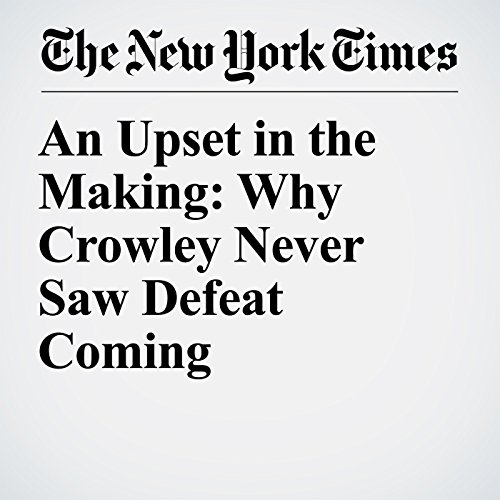 An Upset in the Making: Why Crowley Never Saw Defeat Coming

NEW YORK — It was less than three weeks until Primary Day and, on first blush, the poll that Rep. Joseph Crowley had been shown by his team of advisers was encouraging: He led his upstart rival, Alexandria Ocasio-Cortez, by 36 percentage points.

"An Upset in the Making: Why Crowley Never Saw Defeat Coming" is from the June 28, 2018 U.S. section of The New York Times. It was written by Shane Goldmacher and narrated by Keith Sellon-Wright.