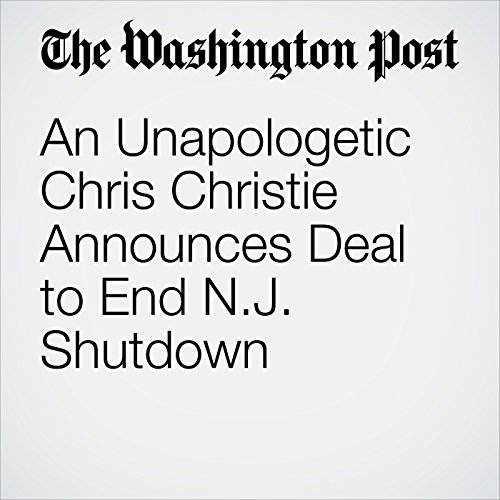 New Jersey Gov. Chris Christie unveils the budget agreement that was reached Monday night that will reopen the state’s parks and beaches.

"An Unapologetic Chris Christie Announces Deal to End N.J. Shutdown" is from the July 04, 2017 Politics section of The Washington Post. It was written by Robert Costa and narrated by Barbara Benjamin-Creel.