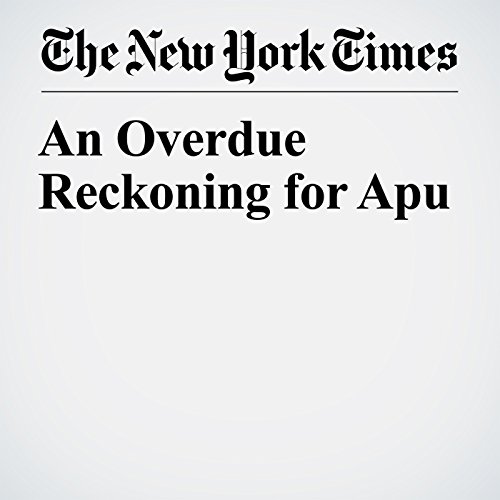 “Thank you, come again” — those four words, spoken in an exaggerated Indian accent, have followed immigrants and Americans of South Asian descent like a bad penny since “The Simpsons” premiered in 1989. They helped make Apu, the show’s tightfisted convenience store owner, a household name. And they are often repeated to us, with a sly grin or a guffaw, by the same people who are surprised that we speak English in grammatically sound sentences.

"An Overdue Reckoning for Apu" is from the April 29, 2018 Opinion section of The New York Times. It was written by Vikas Bajaj and narrated by Kristi Burns.