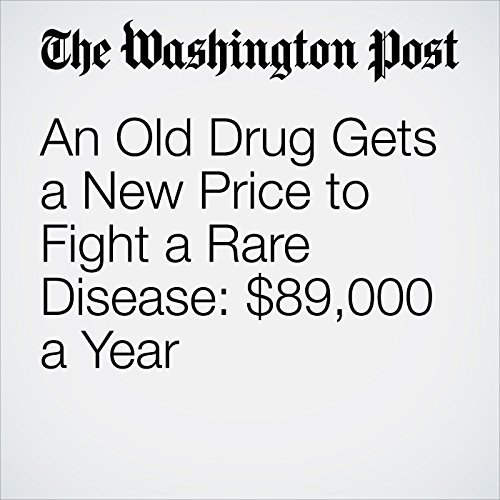 An old steroid treatment, long available outside the United States, received approval this week for a rare disease that afflicts about 15,000 Americans. Though not previously approved in the United States, the drug, deflazacort, has for years been available to patients suffering from the devastating and fatal disease Duchenne muscular dystrophy; families can import it from abroad for about $1,200 per year on average.

"An Old Drug Gets a New Price to Fight a Rare Disease: $89,000 a Year" is from the February 10, 2017 National section of The Washington Post. It was written by Carolyn Y. Johnson and narrated by Jill Melancon.

Cosa pensano gli ascoltatori di An Old Drug Gets a New Price to Fight a Rare Disease: $89,000 a Year