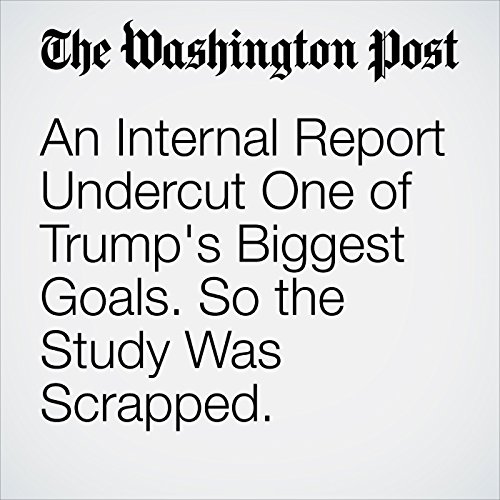 From the outset, the Trump administration has been infested by a deep rot of bad faith from top to bottom. We’ve seen it again and again: The administration pushes a new policy. Independent institutions provide facts and empirical analyses that completely undercut that policy’s stated rationale. Administration figures then ignore or suppress those facts. Or they push their own “alternative facts,” while deriding the real facts as fake. Or they mount a sustained effort to delegitimize the institution that provided them.

"An Internal Report Undercut One of Trump's Biggest Goals. So the Study Was Scrapped." is from the September 19, 2017 Opinion section of The Washington Post. It was written by Greg Sargent and narrated by Sam Scholl.

Cosa pensano gli ascoltatori di An Internal Report Undercut One of Trump's Biggest Goals. So the Study Was Scrapped.