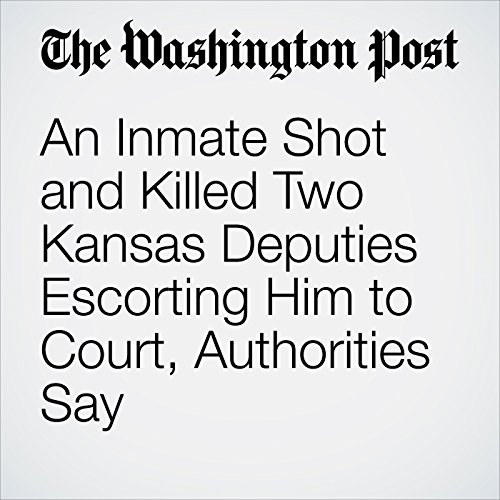 An inmate shot and killed two sheriff’s deputies in broad daylight Friday while they were transporting him from a Kansas City jail to a courthouse across the street for a hearing, authorities say. One of the mortally wounded deputies managed to shoot the suspect, who remains hospitalized.

"An Inmate Shot and Killed Two Kansas Deputies Escorting Him to Court, Authorities Say" is from the June 16, 2018 National section of The Washington Post. It was written by Kristine Phillips and narrated by Sam Scholl.