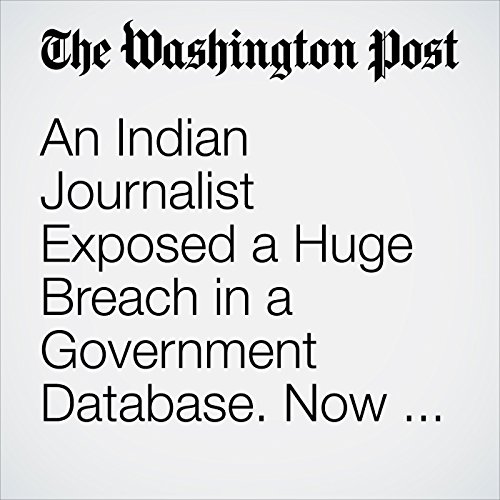 NEW DELHI — An Indian government agency has filed a police complaint against a journalist who exposed a possible security breach in the country's vast biometric database that contains the personal details of more than 1 billion citizens, raising fresh concerns about shrinking press freedom in India.

"An Indian Journalist Exposed a Huge Breach in a Government Database. Now She’s Facing a Police Complaint." is from the January 08, 2018 World section of The Washington Post. It was written by Vidhi Doshi and narrated by Sam Scholl.