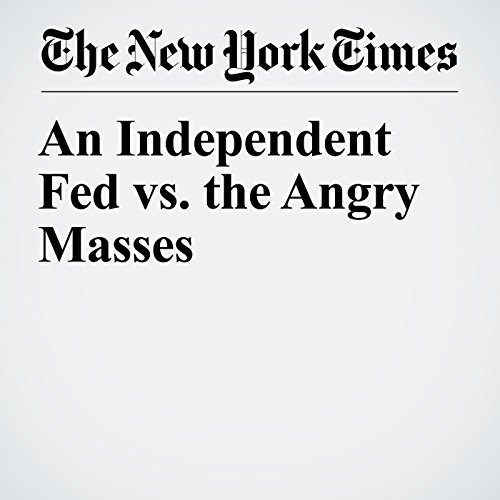 Is the Fed at risk for real this time? Throughout American history, few institutions have inspired such persistent mistrust among voters and their elected officials as the mysterious authority that determines the value of their money.

"An Independent Fed vs. the Angry Masses" is from the March 14, 2017 Business section of The New York Times. It was written by Eduardo Porter and narrated by Keith Sellon-Wright.