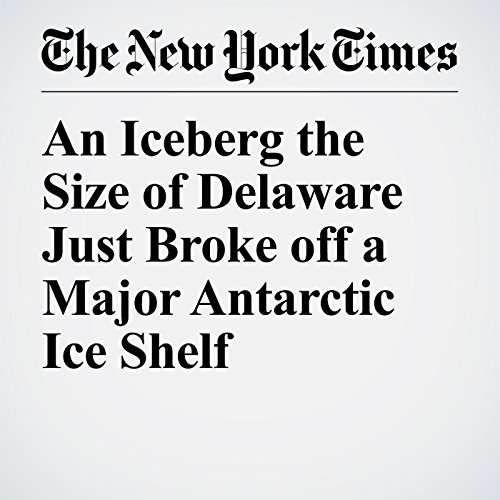 A chunk of floating ice that weighs more than a trillion metric tons broke away from the Antarctic Peninsula, producing one of the largest icebergs ever recorded and providing a glimpse of how the Antarctic ice sheet might ultimately start to fall apart.

"An Iceberg the Size of Delaware Just Broke off a Major Antarctic Ice Shelf" is from the July 12, 2017 World section of The New York Times. It was written by Jugal K. Patel and narrated by Kristi Burns.