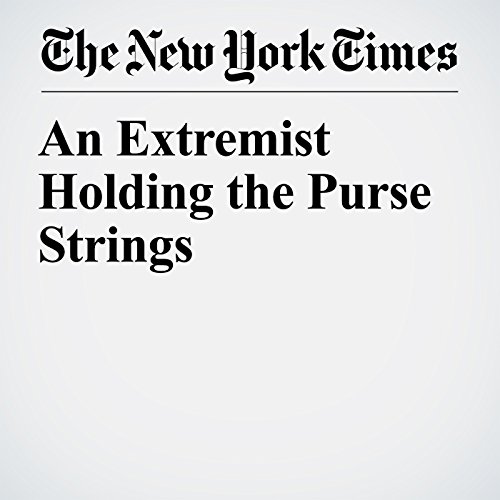 President Trump will hardly be short of far-right cabinet members, including an education secretary who has called public schools a “dead end,” a labor secretary who has been cited for employment law violations and an Environmental Protection Agency administrator who has sued his own department.

"An Extremist Holding the Purse Strings" is from the January 26, 2017 Opinion section of The New York Times. It was written by Steven Rattner and narrated by Corey M. Snow.