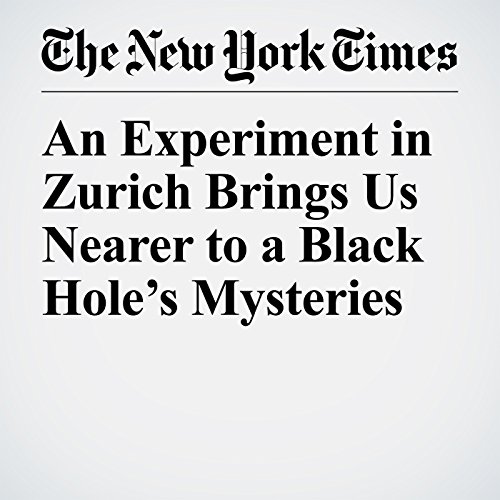 The equations that describe the universe at the smallest and largest scales — how the tiniest elementary particles dance, how the space-time of the cosmos bends — predicted a slight incongruity, a tiny unbalancing in the numbers of certain particles under certain circumstances.

"An Experiment in Zurich Brings Us Nearer to a Black Hole’s Mysteries" is from the July 19, 2017 Science section of The New York Times. It was written by Kenneth Chang and narrated by Keith Sellon-Wright.