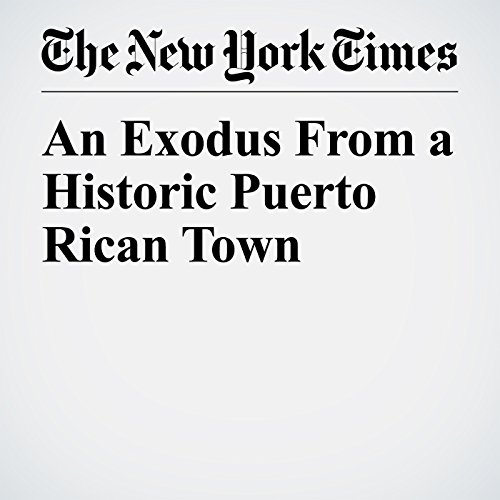 On an island where about 400,000 people have moved away since the 2000 census, Lares lost the highest percentage of its residents — almost a quarter of its population since the census. The downtown plaza that marks the route that rebels took in 1868 to wrestle free from Spain’s colonial grasp is now surrounded by abandoned storefronts. Handwritten signs offering battered buildings for rent or sale have become the hallmark of a city struggling to keep pace with a continuing exodus.

"An Exodus From a Historic Puerto Rican Town" is from the July 16, 2017 U.S. section of The New York Times. It was written by Frances Robles and narrated by Keith Sellon-Wright.