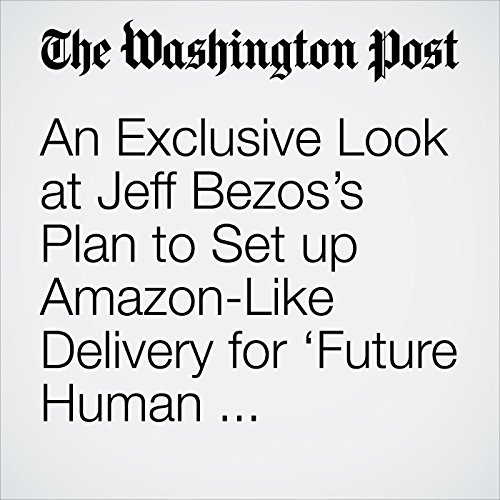 More than four decades after the last man walked on the lunar surface, several upstart space entrepreneurs are looking to capitalize on NASA's renewed interest in returning to the moon, offering a variety of proposals with the ultimate goal of establishing a lasting human presence there.

"An Exclusive Look at Jeff Bezos’s Plan to Set up Amazon-Like Delivery for ‘Future Human Settlement’ of the Moon" is from the March 03, 2017 Business section of The Washington Post. It was written by Christian Davenport and narrated by Jill Melancon.