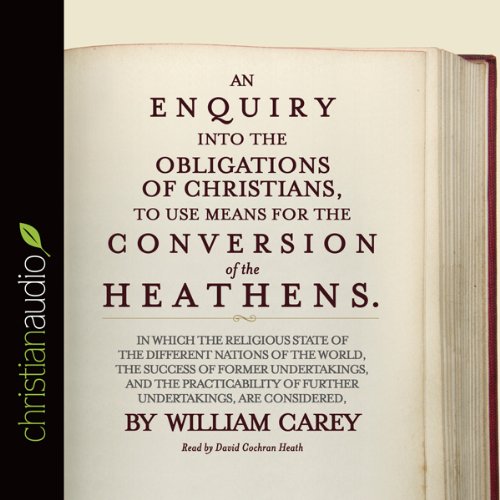 It started with a question: is Christ’s call in Matthew 28, to make disciples of all the world, for all Christians for all time? In 1792, William Carey had noticed that his contemporaries no longer sought to share the gospel with the same zeal as the new believers of the early church. In The Enquiry, he counters this apathy with a theological justification for missions, a history of missionary activity and a survey of the world. He then turns to persuasion, arguing against common objections to sending missionaries and convincing his readers that a missionary society should be formed. Carey’s work was a success and resulted in the founding of the Baptist Missionary Society.