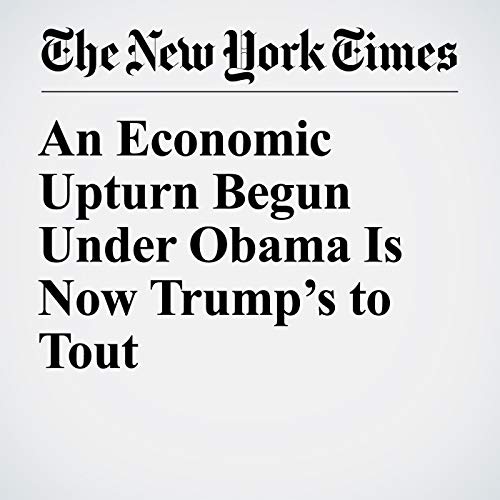 By nearly every standard measure, the U.S. economy is doing well — and better than it was a year and a half ago, before Donald Trump was elected president. If only the debate over who deserves most of the credit were as easily judged.

"An Economic Upturn Begun Under Obama Is Now Trump’s to Tout" is from the August 08, 2018 Business section of The New York Times. It was written by Patricia Cohen and narrated by Mike DelGaudio.