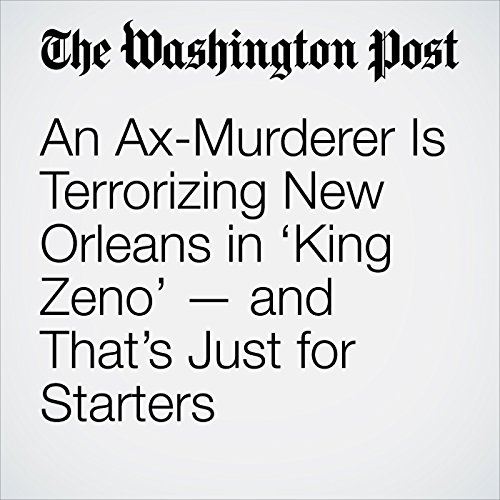 Like a meal at one of New Orleans’ famed eateries, Nathaniel Rich’s new novel, “King Zeno,” offers a groaning board of tasty literary treats. On the menu at “King Zeno,” which is set a century ago in the Crescent City, you will find the birth of jazz, the Spanish influenza epidemic, the construction of the Industrial Canal, and a city terrorized by an ax-murderer and a “negro highwayman.” If you’re salivating at the thought of all this, be warned: Just like the cornucopia of delicacies at Antoine’s, Rich’s novel may prove too rich for some tastes.

"An Ax-Murderer Is Terrorizing New Orleans in ‘King Zeno’ — and That’s Just for Starters" is from the January 16, 2018 Lifestyle section of The Washington Post. It was written by Jon Michaud and narrated by Sam Scholl.