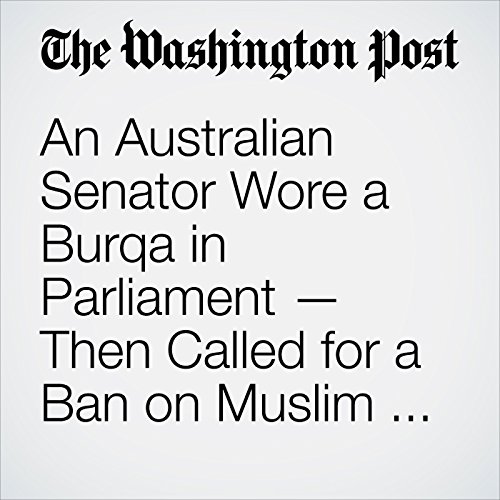 Faceless in a long black burqa, the woman took a front-row seat in the Australian Senate chambers Thursday and sat like that for several minutes: silent, well aware she'd caused a scene.

"An Australian Senator Wore a Burqa in Parliament — Then Called for a Ban on Muslim Immigrants" is from the August 17, 2017 WorldViews section of The Washington Post. It was written by Avi Selk and narrated by Sam Scholl.