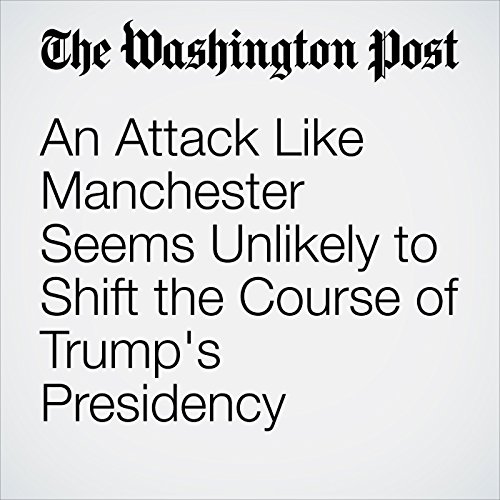 The terrorist attacks of Sept. 11, 2001, completely reshaped George W. Bush’s presidency. The first eight months of his tenure had been tense, a function of his narrow electoral victory and his early policy priorities.

"An Attack Like Manchester Seems Unlikely to Shift the Course of Trump's Presidency" is from the May 23, 2017 Politics section of The Washington Post. It was written by Philip Bump and narrated by Sam Scholl.