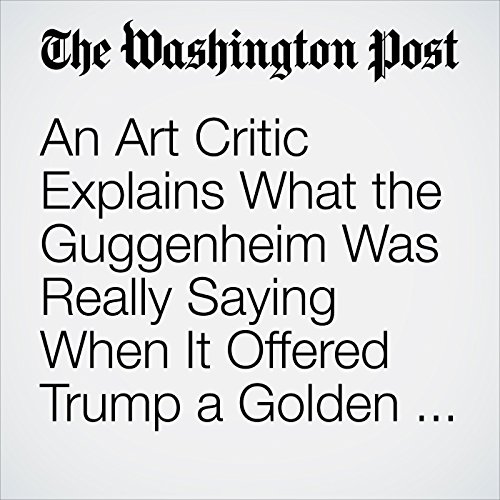 In street terms, what the Guggenheim just did — refusing an art request from the White House, but offering instead the loan of a golden toilet — is a “sick burn.” According to Washington Post reporter Paul Schwartzman, the White House asked the New York museum if it could borrow a van Gogh painting, which the museum declined to lend; but in an email, a Guggenheim curator offered instead a conceptual work by the established artist and provocateur Maurizio Cattelan called “America,” a fully functioning golden toilet that had been installed as a temporary interactive exhibit in a public restroom at the Frank Lloyd Wright-designed landmark.

"An Art Critic Explains What the Guggenheim Was Really Saying When It Offered Trump a Golden Toilet" is from the January 26, 2018 Lifestyle section of The Washington Post. It was written by Philip Kennicott and narrated by Jenny Hoops.