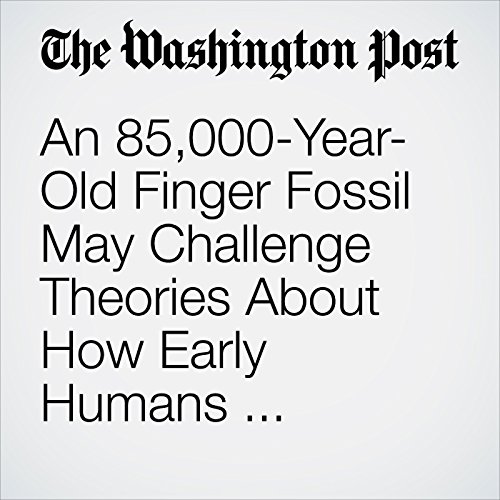 The 85,000-year-old finger fragment was about as big as a Lego — but the archaeologists who found it buried in the Saudi Arabian desert say it’s among a slew of recent discoveries that may challenge our understanding of how early humans first migrated out of Africa.

"An 85,000-Year-Old Finger Fossil May Challenge Theories About How Early Humans Migrated from Africa" is from the April 10, 2018 National section of The Washington Post. It was written by Meagan Flynn and narrated by Sam Scholl.