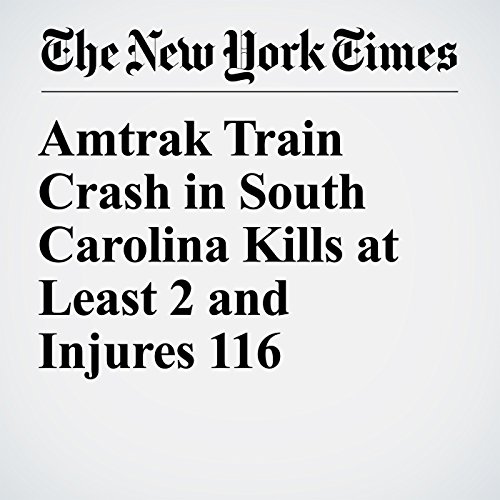 An Amtrak train traveling from New York to Miami crashed into a freight train early Sunday, killing at least two people, injuring at least 116 others and spilling thousands of gallons of fuel, according to officials.

"Amtrak Train Crash in South Carolina Kills at Least 2 and Injures 116" is from the February 04, 2018 U.S. section of The New York Times. It was written by Yonette Joseph, Anne Sophie Bolon and Christina Caron and narrated by Kristi Burns.