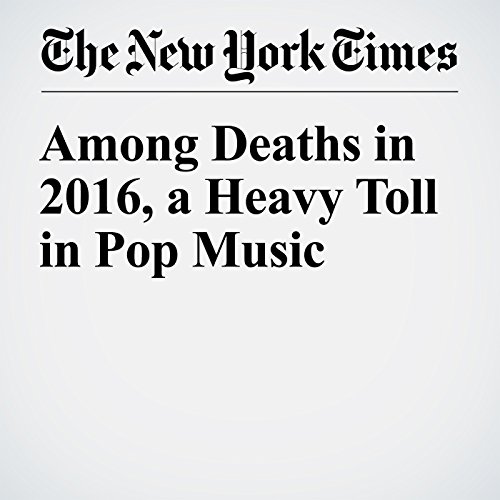 Among Deaths in 2016, a Heavy Toll in Pop Music

Death may be the great equalizer, but it isn’t necessarily evenhanded. Of all the fields of endeavor that suffered mortal losses in 2016 — consider Muhammad Ali and Arnold Palmer in sports, and the back-to-back daughter-mother Hollywood deaths of Carrie Fisher and Debbie Reynolds — the pop music world had, hands down, the bleakest year.

"Among Deaths in 2016, a Heavy Toll in Pop Music" is from the December 31, 2016 Entertainment section of The New York Times. It was written by William Mcdonald and narrated by Barbara Benjamin-Creel.