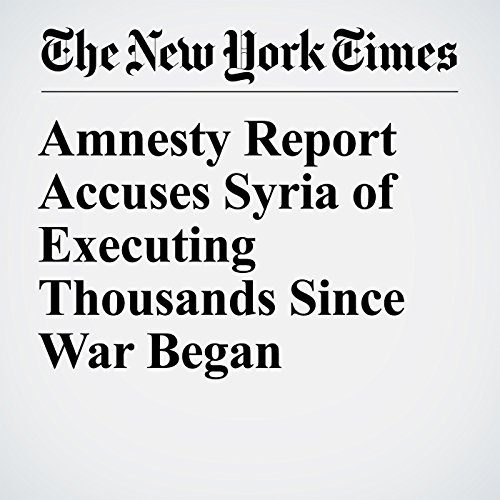 The Syrian government has executed 5,000 to 13,000 people in mass hangings in just one of its many prisons since the start of the 6-year-old uprising against President Bashar Assad, Amnesty International contends in a new report.

"Amnesty Report Accuses Syria of Executing Thousands Since War Began" is from the February 06, 2017 World section of The New York Times. It was written by Anne Barnard and narrated by Kristi Burns.