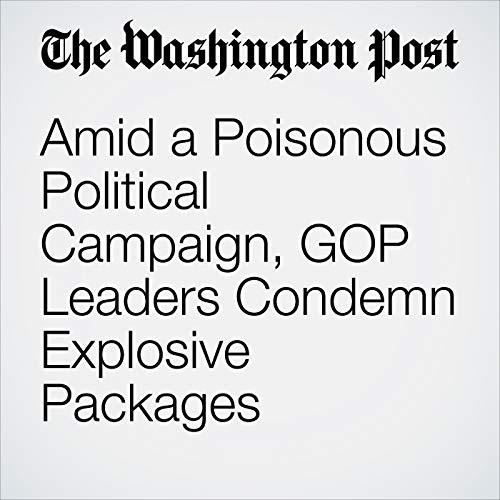 Republican leaders rushed Wednesday to decry the suspected explosive devices sent to three Democrats and a news network that President Trump has repeatedly demonized, saying that such acts cannot be tolerated despite the corrosive tone on the campaign trail.

"Amid a Poisonous Political Campaign, GOP Leaders Condemn Explosive Packages" is from the October 24, 2018 Politics section of The Washington Post. It was written by Philip Rucker and David Weigel and narrated by Sam Scholl.