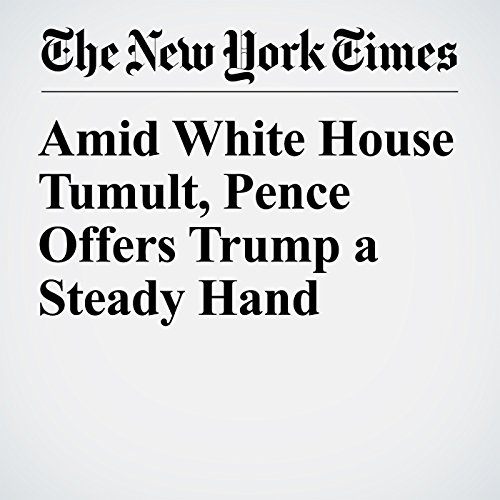 During the course of the last two trying weeks, as less-experienced advisers floundered — and others skipped town — Pence emerged as an effective, if not ultimately successful, wingman for a president short on competent help.

"Amid White House Tumult, Pence Offers Trump a Steady Hand" is from the March 28, 2017 U.S. section of The New York Times. It was written by Glenn Thrush and Maggie Haberman and narrated by Caroline Miller.