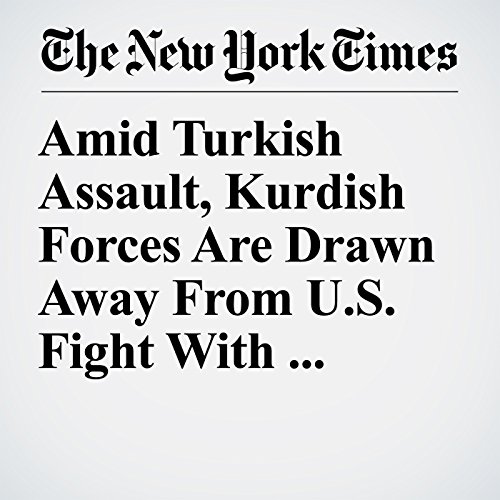 The U.S.-led campaign to hunt down the last pockets of Islamic State militants in Syria has lost its most effective fighting partner — Kurdish forces that are newly-focused on a Turkish assault — in what U.S. military officials fear will stall a critical phase of the offensive and leave open the door for hundreds of foreign fighters to escape.

"Amid Turkish Assault, Kurdish Forces Are Drawn Away From U.S. Fight With Islamic State" is from the February 28, 2018 World section of The New York Times. It was written by Eric Schmitt, Rod Nordland and narrated by Keith Sellon-Wright.