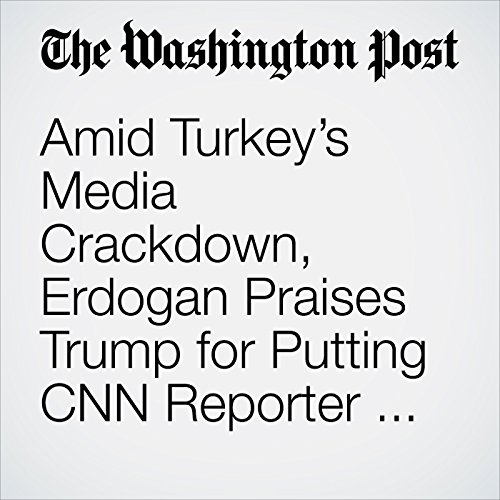 Turkish President Recep Tayyip Erdogan is no friend of the media. Since an attempted coup against him in July, he has jailed at least 144 journalists and shuttered or seized control of more than 150 media companies, according to Human Rights Watch. Now he is praising President-elect Donald Trump for his aggressive tone toward American news media.

"Amid Turkey’s Media Crackdown, Erdogan Praises Trump for Putting CNN Reporter ‘in His Place’" is from the January 12, 2017 World section of The Washington Post. It was written by Amanda Erickson and narrated by Sam Scholl.