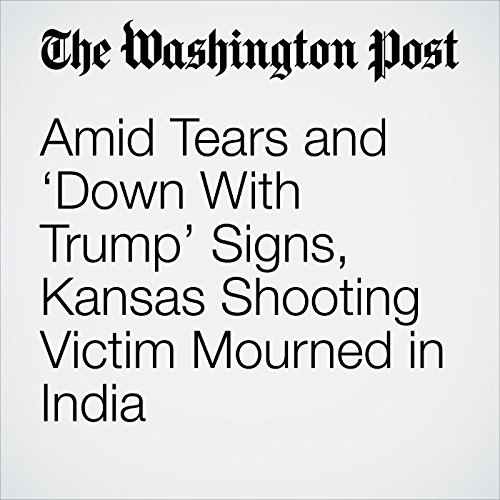 The somber gathering in southern India — nearly a week after the shooting — also took on political overtones in response to a perceived anti-foreigner wave in the United States linked to President Trump’s “America-first” policies.

"Amid Tears and ‘Down With Trump’ Signs, Kansas Shooting Victim Mourned in India" is from the February 28, 2017 World section of The Washington Post. It was written by Ashish Pandey and Paul Schemm and narrated by Jenny Hoops.