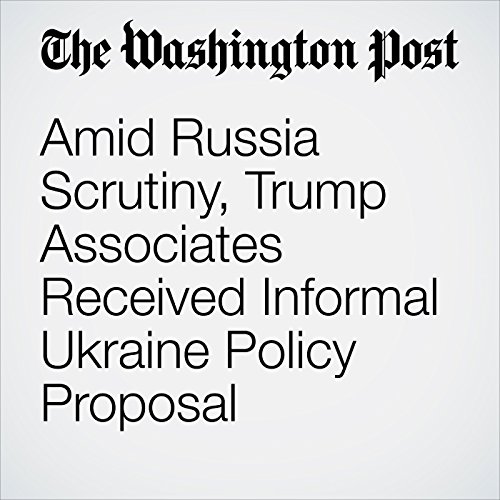 President Trump’s personal lawyer and a former business associate met privately in New York City last month with a member of the Ukrainian parliament to discuss a peace plan for that country that could give Russia long-term control over territory it seized in 2014 and lead to the lifting of sanctions against Moscow.

"Amid Russia Scrutiny, Trump Associates Received Informal Ukraine Policy Proposal" is from the February 19, 2017 Politics section of The Washington Post. It was written by Tom Hamburger and Rosalind S. Helderman and narrated by Sam Scholl.