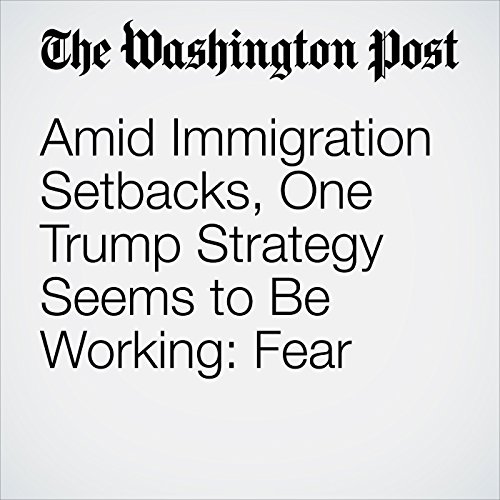 In many ways, President Trump’s attempts to implement his hard-line immigration policies have not gone very well in his first three months. His travel ban aimed at some Muslim-majority countries has been blocked by the courts, his U.S.-Mexico border wall has gone nowhere in Congress, and he has retreated, at least for now, on his vow to target illegal immigrants brought here as children.

"Amid Immigration Setbacks, One Trump Strategy Seems to Be Working: Fear" is from the April 30, 2017 Politics section of The Washington Post. It was written by David Nakamura  and narrated by Sam Scholl.