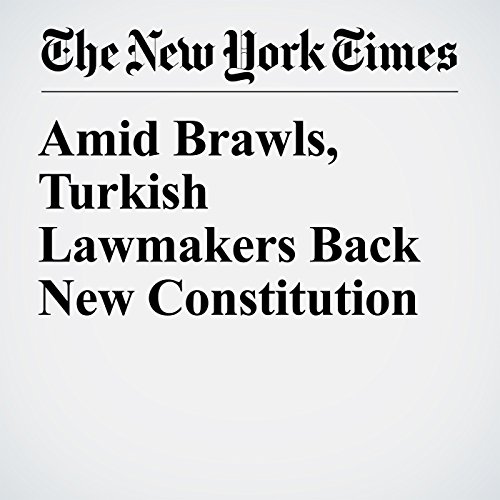 Turkey’s parliament approved a proposed constitution that would cede even greater powers to the country’s president if endorsed in a national referendum, but the bitterly contested voting process was marred by screaming matches and physical altercations that sent at least three legislators to a hospital.The low point came when supporters of the governing Justice and Development Party, in an apparent attack on the floor of parliament Thursday, knocked off the artificial arm of the opposition politician Safak Pavey. A former United Nations diplomat, Pavey suffered injuries to the socket of her arm when the prosthesis was dislocated. She had lost an arm and a leg in a train accident years ago.

"Amid Brawls, Turkish Lawmakers Back New Constitution" is from the January 20, 2017 World section of The New York Times. It was written by Rod Nordland and narrated by Paul Ryden.