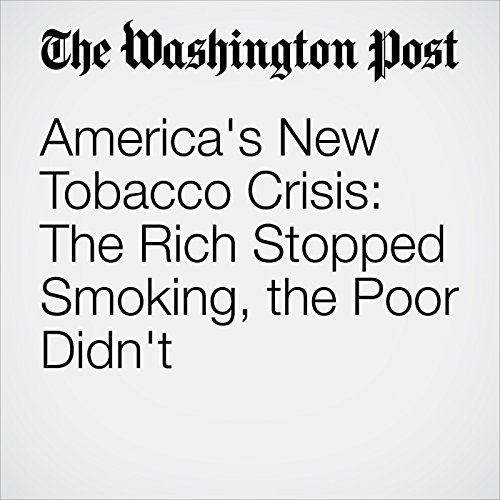 Hidden among the steady declines in recent years is the stark reality that cigarettes are becoming a habit of the poor. The national smoking rate has fallen to historic lows, with just 15 percent of adults still smoking. But the socioeconomic gap has never been bigger.

"America's New Tobacco Crisis: The Rich Stopped Smoking, the Poor Didn't" is from the June 13, 2017 National section of The Washington Post. It was written by William Wan and narrated by Sam Scholl.