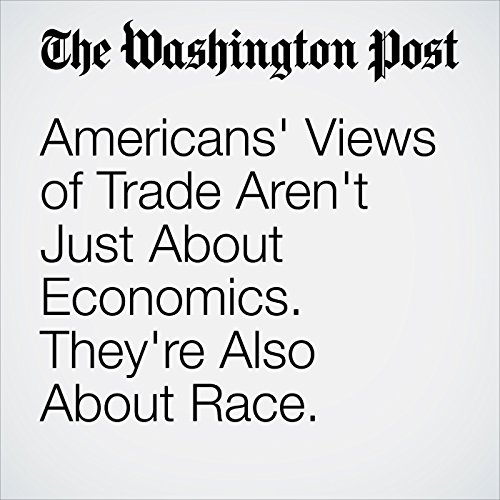 Donald Trump is a protectionist president. On his first day in office, Trump withdrew the United States from the Trans-Pacific Partnership. He talks about breaking or renegotiating existing trade agreements and levying increased tariffs on the United States’ main trading partners — Canada, China and Mexico — and about a broader border-adjustment tax.

"Americans' Views of Trade Aren't Just About Economics. They're Also About Race." is from the August 16, 2017 Monkey Cage section of The Washington Post. It was written by Alexandra Guisinger and narrated by Sam Scholl.