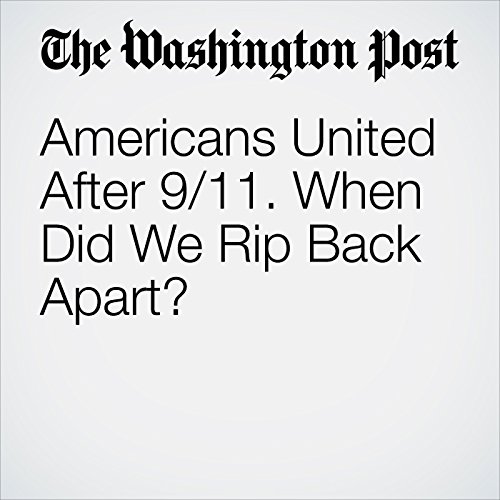 There are any number of lessons to be taken from the events of Sept. 11, 2001: the sacrifices of the first responders, the stories of those who were killed, the emergence of terrorism as a critical threat to the United States.

"Americans United After 9/11. When Did We Rip Back Apart?" is from the September 11, 2017 Politics section of The Washington Post. It was written by Philip Bump and narrated by Sam Scholl.

Cosa pensano gli ascoltatori di Americans United After 9/11. When Did We Rip Back Apart?