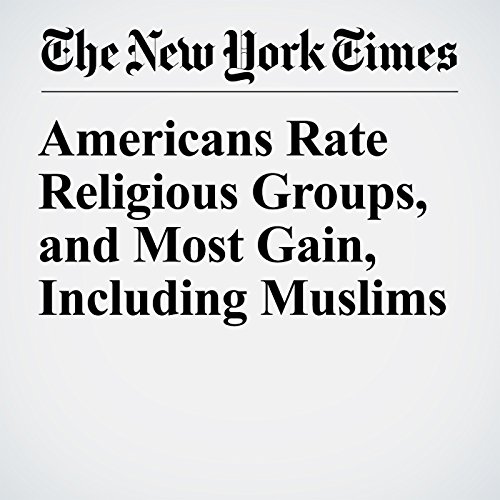 Americans Rate Religious Groups, and Most Gain, Including Muslims

After an election year that stirred up animosity across racial and religious lines, a new survey has found that Americans are actually feeling warmer toward people in nearly every religious group — including Muslims — than they did three years ago.

"Americans Rate Religious Groups, and Most Gain, Including Muslims" is from the February 15, 2017 U.S. section of The New York Times. It was written by Laurie Goodstein and narrated by Keith Sellon-Wright.