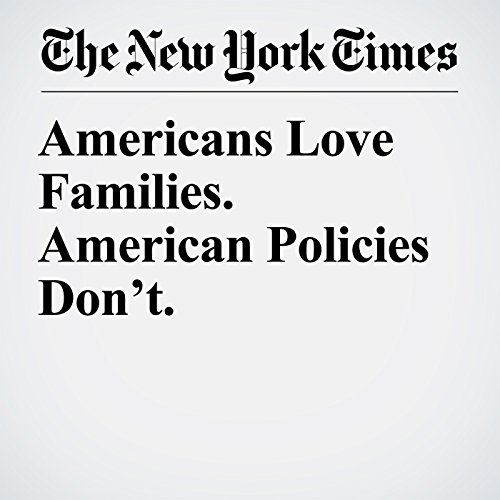 Politicians are united in their love for families. The very word — “families” — was among those said most often by Donald Trump and Hillary Clinton in campaign speeches. Democrats and Republicans have platforms for middle-class families, working families, military families. And candidates in need of character witnesses or podium backdrops routinely turn to their own.

"Americans Love Families. American Policies Don’t." is from the June 24, 2018 U.S.section of The New York Times. It was written by Emily Badger and Claire Cain Miller and narrated by Keith Sellon-Wright.