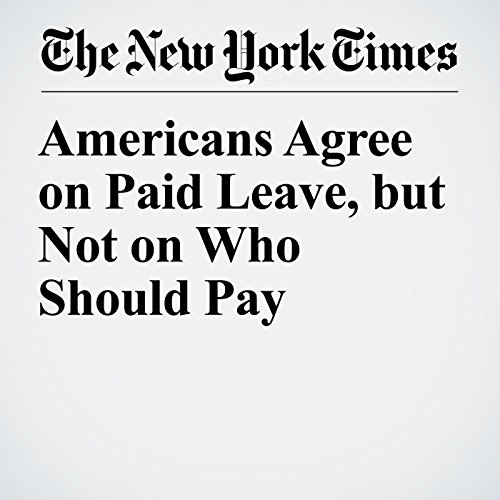 Most people say workers should get paid leave to take care of a baby, a sick family member or themselves, according to two new surveys. But they disagree on the details: who should pay, and whether it should be mandatory or optional.

"Americans Agree on Paid Leave, but Not on Who Should Pay" is from the March 23, 2017 Business section of The New York Times. It was written by Claire Cain Miller and narrated by Mike DelGaudio.

Cosa pensano gli ascoltatori di Americans Agree on Paid Leave, but Not on Who Should Pay