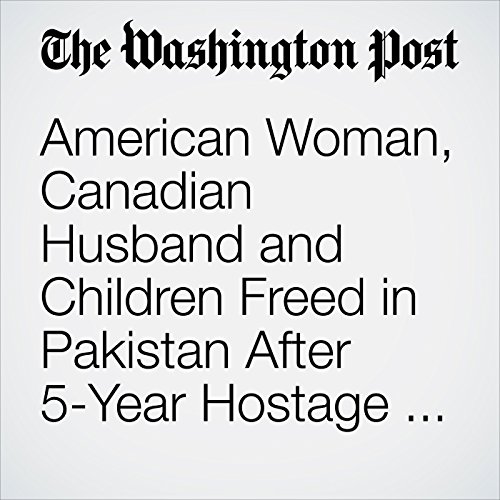 A Taliban-linked faction has freed an American woman and her Canadian husband who were abducted more than five years ago and had three children in captivity, U.S. and Pakistani officials said Thursday.

"American Woman, Canadian Husband and Children Freed in Pakistan After 5-Year Hostage Ordeal" is from the October 12, 2017 World section of The Washington Post. It was written by Shaiq Hussain and Brian Murphy and narrated by Sam Scholl.